Update on the market condition and how it affects Functionland

June 1, 2022
Like most crypto maximalists, we were really hoping that the space has evolved past 4 year cycles and there would be no more long winters. 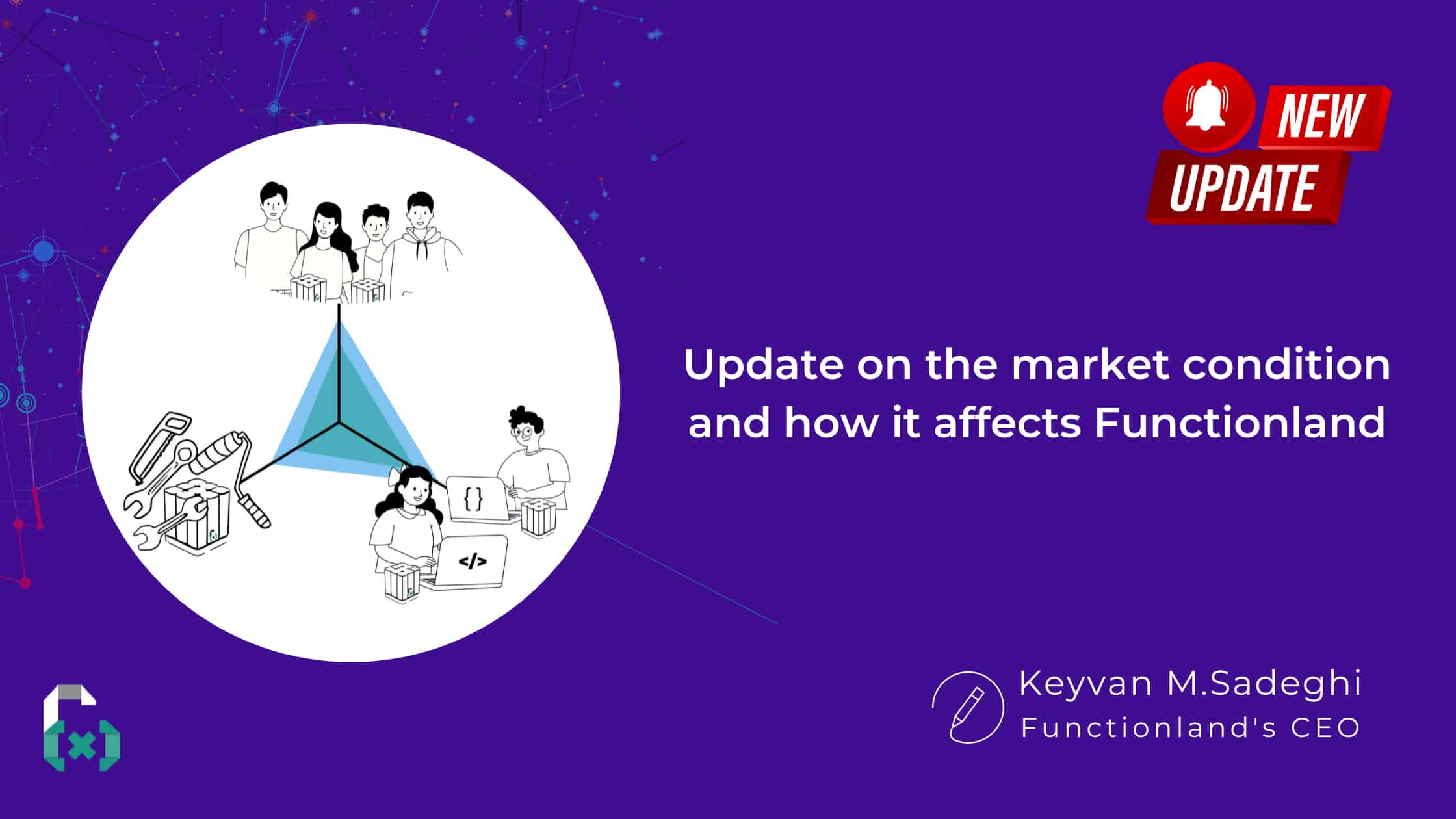 We always planned for the TGE of $FULA to happen at the end of 2022. This had two reasons:

Another pushback we were getting was against creating a DAO for Fula’s governance. It’s obvious that a central controlling body has a faster time-to-market. But at what cost? We can see where that decision has got Twitter, they won’t/can’t even disclose how many fake accounts they have! Same fiasco in the crypto world. The mission for $UST was to become a decentralized stablecoin, both noble and innovative. But keeping a central “tyrant in charge” proved to be the Achilles heel. This kind of recklessness will probably impair further attempts on disrupting centralized fiat for several years! We saw two lessons worth learning: “strength of humility”, “power of community”.

At Functionland, we have a trilemma of our own, creating a balance between “mainstream adoption”, “building the network and protocols” and “developer outreach”. Each of these is a huge feat on its own, pursuing all three at the same time at our scale was a recipe for failure. So we decided to undertake these one by one, until we’ve achieved a scale that will let us tackle all three simultaneously.

The purpose of the Indiegogo campaign was to demonstrate mainstream adoption of “data sovereignty” is not a pipe dream. It showed that people are definitely fed up with “cloud overlords” who send themselves to space while their employees can’t even have proper lunch breaks, meddle in elections of countries and algorithmically turn people into addicts who have to check their social feed every five minutes! Thanks to the amazing support of our Functionlanders community, we now have hard evidence in the only language the 1% understands: “$500K+ pre-orders”!

From here, we will give our marketing drums a rest. It’s time to shift all our attention to building, and a bear market gives us the breathing room to do so.

Although we want to focus head down on building, we were not immune to the adverse effects of the bear market. Earlier this year, it was really easy to raise tens of millions for a run-of-the-mill NFT marketplace! We are about to open our strategic funding round and today, we see it takes us several meetings and vigorous due diligence to get even a soft commit. We do welcome this change and benefit from being vetted for the 100th time, but the process is cumbersome and eats into valuable time that could be spent building otherwise. So we ask our community again: if you know investors who share our long-term vision and collective values, we appreciate introductions!

The rest of 2022 is going to be very exciting for Functionland, we will share updates as each component of the ecosystem gets closer to the prime time. Your feedback is as invaluable and appreciated as always!

With an end-to-end ecosystem, demonstrating it’s possible for users to evolve to owners without having to pay with attention and privacy, at the same time open source developers and content creators being able to earn a sustainable income, we will shift the attention to “developer outreach” in early 2023.

It’s going to be an iterative process where feedback from the community shapes the next phase of development. There will undoubtedly be hiccups and suboptimal user experience at the beginning, but we can collectively change the status quo! Be it in baby steps and slower than we hope, or possibly we instigate a massive awakening that hastens this process beyond our expectations!

Looking forward to building a brighter future together, we are one with our community, one large body of like-minded people! That’s the source of strength!