Functionland is officially accepted into the Parity Substrate Builders Program 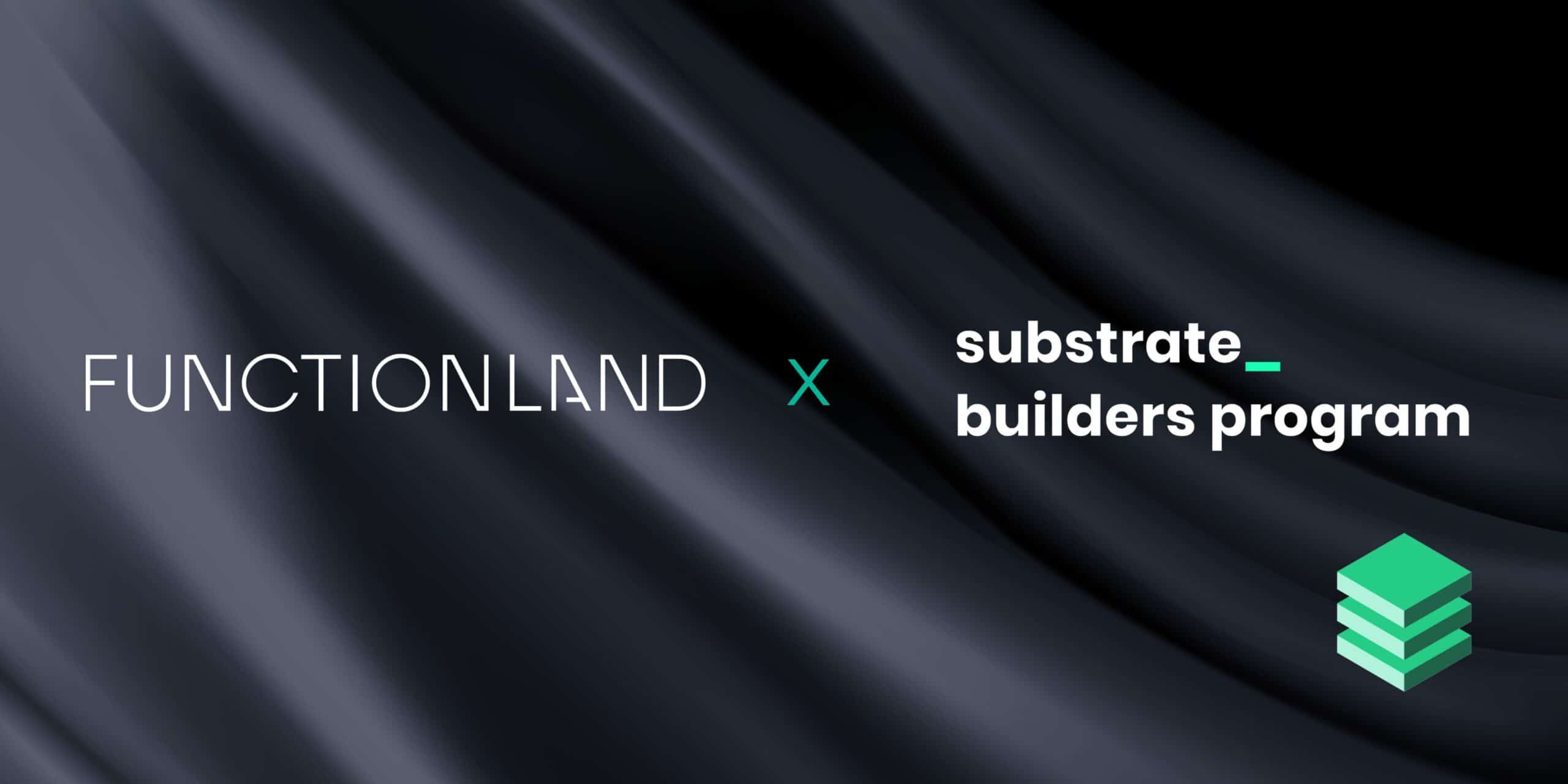 Functionland is pleased to be accepted into the Parity Substrate Builders Program – Chains Track. This program supports and mentors high potential Substrate projects in bringing scale, governance, interoperability, and upgradeability. Web3 projects accepted into the ‘Chains Track’ are building independent chains, parachains, and parathreads. Functionland joins other projects in the Substrate ecosystem including infrastructure companies like Avado, Toronto based Chainsafe, well known Defi projects such as Acala Network and Chainlink  in addition to smart contract enablers like Aleph Zero, Enjin and Moonbeam. We look forward to collaborating with this exciting ecosystem powered by Substrate.

What is a Substrate and why is it relevant to developers?

Substrate, an open source and future proof framework that powers a multichain, interoperable, and decentralized internet. It is a fully modular blockchain framework best suited for projects that seek to be able to connect and interoperate across blockchains and have composable modular components. For a web3 infrastructure company such as Functionland, interoperability is key and it is necessary to support backend storage across projects. Chains built with Substrate do not need to be connected to Polkadot or Kusama and can exist as ‘solo-chains’ on an independent basis.

Substrate provides a blockchain SDK for developers to create parachains such as the ones that make up the Polkadot network. It is a flexible and extensible framework for creating mission-critical software based on the Rust programming language. Substrate framework uses open protocols such as libp2p and jsonRPC allowing builders to select the network stack, consensus model, and governance method that suits their project. It can be used to create chains as independent networks (solo chains), or tightly coupled to a relay chain to share its security as a parachain. Substrate offers a modular and flexible library of tools that empowers developers to select, compose, modify, and reuse components to suit the specific purpose of the private or public blockchain they want to create. It is considered future-proof as it has been built to be upgradeable, composable, and adaptable.

What is the Fula Network and how does it add value to the web3 ecosystem?

The Fula Network from Functionland enables free, fair, secure resource sharing amongst users across storage infrastructure. Users share resources to provide storage for content and applications. The Fula Network does not store data on-chain. The underlying File Protocol utilizes IPFS, a distributed file system that gives users control over where their data is stored. The network comprises many user pools that are clustered based on geographical affinity in order to guarantee optimal network performance, minimal latency and the fewest hops.

The Fula Network has a built in incentive layer that enables monetization for open-source application developers, and compensation for upstream dependencies within a project. The incentive layer is architected for decentralized apps and distrubutied microservices.  It accounts for resources (e.g., apps and content) shared among users on the Fula Network using the Fula Protocol Suite. It also consists of a verification layer and distributed ledger that quantifies utility transactions using Proof of Resource with zero-knowledge proofs.

Proof-Of-Resource (PoR) is a computationally efficient method to verify infrastructure provided, which is a function of computing power, storage, or data/content on the network with zero-knowledge. Fula Layer 3 Pool is a local pool of infrastructure that shares resources. Proof of Resources are used to verify all transactions on a given pool. Network interactions and their rolled-up proofs are submitted to the Pool’s L2.

The Fula Protocol Suite is an abstraction layer that enables front-end developers to build dApps using their existing knowledge and within the client-server paradigm. The Fula Network’s incentive layer enables a monetization mechanism for open-source application development, including compensation for any upstream dependencies in a given project. Front end platforms are seamlessly supported whether progressive web dApps, iOS or Android, HTML or Node.js, etc. For example, a JavaScript developer can import our SDK in their app, and start developing web3 applications without requiring to go through a steep learning curve of web3 and blockchain. Through the incentive layer, developers can get paid by the ecosystem via the users for their app. Base library coders, contributors (e.g. of react library), get paid whenever another developer uses their library in their application. Anytime a developer’s gitHub is forked into other apps, libraries or code, they would get paid as long as they have a Fula wallet connected. A developer familiar with front-end dev tools such as CoreJS and React Frameworks can immediately begin building Web3 apps using the Fula Protocols.

The model described above is the very spirit of decentralized apps where contributors can leverage their expertise to build an app with anyone in the globe that has complementary skills. The biggest missing piece in the puzzle so far has been the incentive layer and proof of resources, both of which are architected into the Fula network.

The benefits of using Substrate technology to develop Fula Layer 3 and Proof of Resource (PoR) technology include built-in security, cross-chain interoperability, and access to Polkadot’s growing ecosystem of developers, advocates, platforms, applications, and end-users. Both the Substrate and Functionland developer communities recognize the importance of Rust, Webassembly and libp2p to the future of robust and useful blockchain networks.  One chief goal of Substrate, as a core component of the Web3 vision, is to ensure true decentralization, meaning users do not need to go through intermediaries in order to use “decentralized” applications, a vision that is shared by the Functionland community.

With the support of the Parity team through the Substrate Builders Program, Functionland will have its layer3 protocols ready for a successful mainnet launch.

If you’d like to learn more about Functionland, you can visit our website. The FxFotos app is available in the Google Play and Apple App Store. There is also a file manager app called FxFiles, and plans for an identity/password manager app as well!