March 1, 2022
Box is a home-based server offering stability, security, and savings, all in hardware small enough to fit on the corner of your desk. 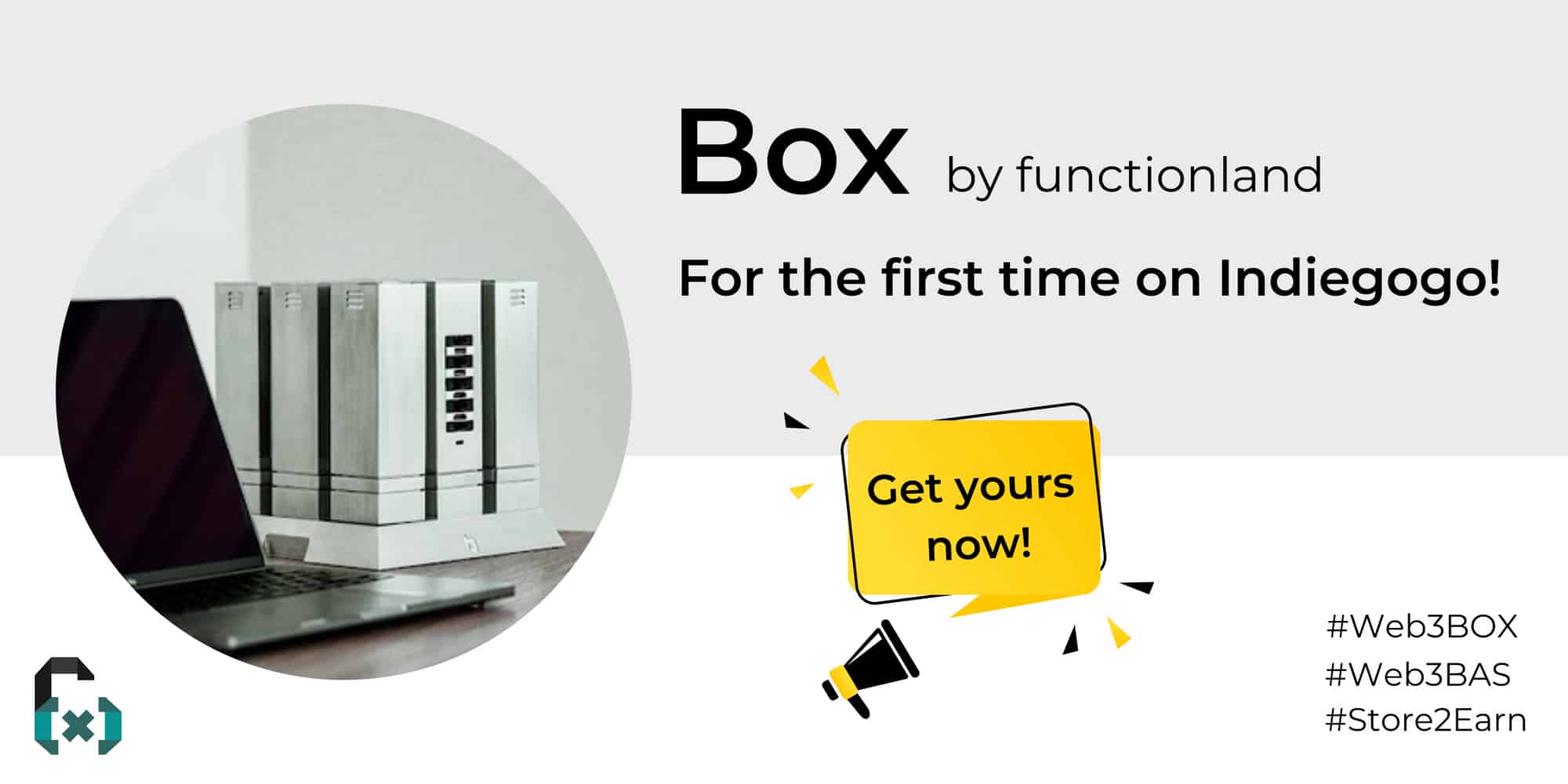 [March 1st, Toronto] Functionland, a Web3 startup that attracted investments of USD 1.1M+ via a heavily oversubscribed early funding round, is about to launch its first product: Box by Functionland.Box is a plug-and-play blockchain device that promises to free users from a range of online subscription services, including photo storage, file sync, secure password backups and more. At the same time, Box offers virtually limitless storage opportunities thanks to its “blockchain-attached storage” solution.

“Our Box is really the first physical vestige of Web3,” said Keyvan M. Sadeghi (CEO and Co-founder, Functionland). “For a small initial investment, Box allows people to save money, own and control their own data, and become part of the network, rather than pay monthly for that right. It’s also the first open-source monetization platform in the industry to reward independent software developers. It’s a step toward democratizing the internet while improving the way the internet works for us – individual users – all over the world.”

Box’s software is entirely open-source, meaning users will be able to pick and choose apps to install for free. Some of these – like Functionland’s photo and video storage app – are ready to be downloaded in iOS and Android when Box ships, while others are in development or scheduled for release. (In 2021, Functionland’s Photos was recognized by developers on Github as in the top 3% of open-source apps worldwide.)

Thanks to Box’s blockchain-attached storage system, data is stored across the global Box-user network. This means that even in the event an individual Box is broken, lost or stolen, that user’s data remains secure and available, downloadable and shareable anywhere there’s an internet connection.

[Get 50% Off on Launch Day] Box will be available for the first time on Kickstarter: click here to subscribe, get notified and enjoy 50% off on launch day.