April 14, 2022
Functionland, Inc., pioneers of Blockchain-Attached Storage (BAS), have announced a partnership with fuseproject for the design of their flagship device, Box. fuseproject is a multidisciplinary studio 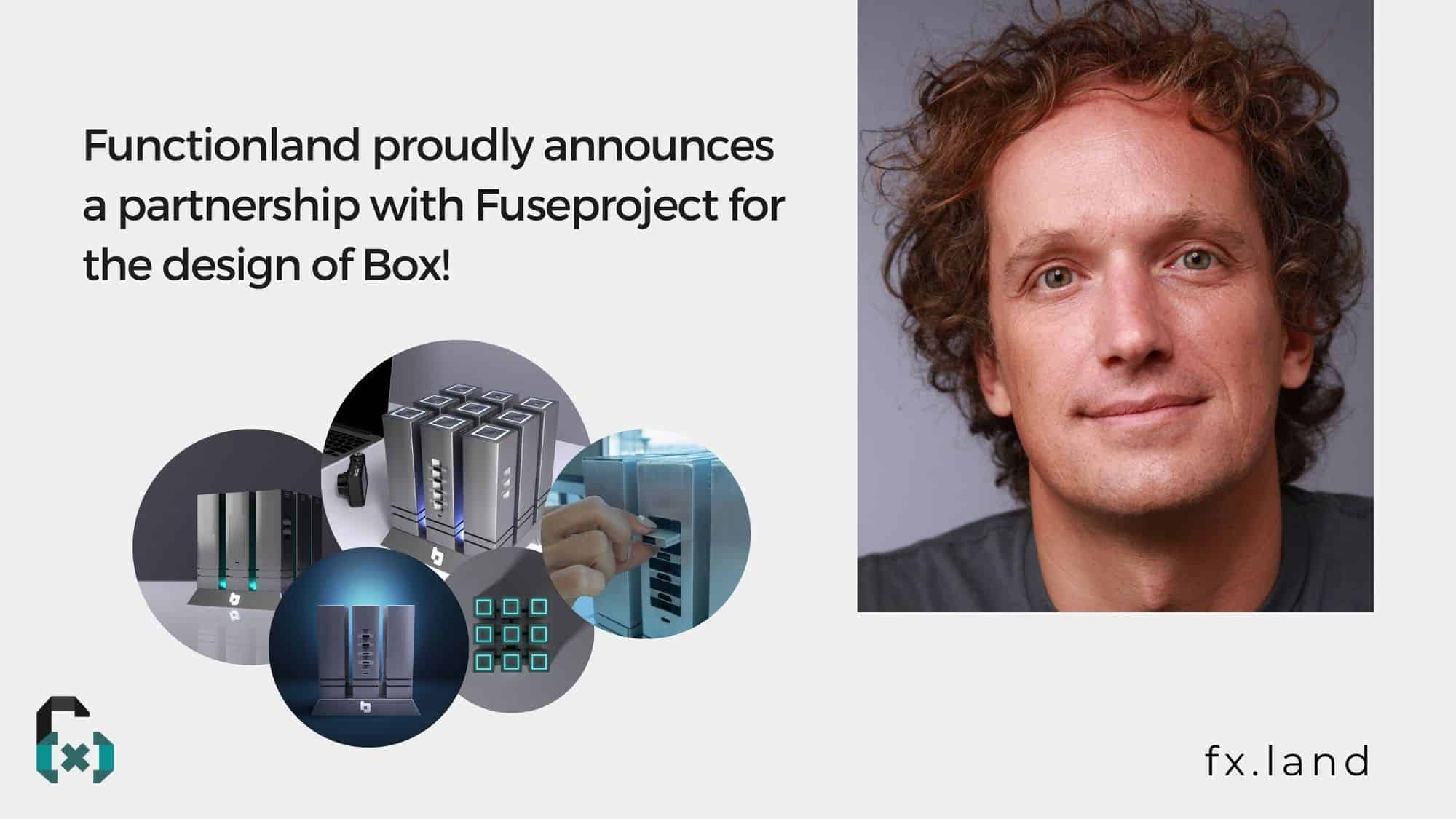 Box works as a home server, replacing subscription cloud services and enabling people to protect their privacy, save money and “own” their space in the web.

Functionland, Inc., pioneers of Blockchain-Attached Storage (BAS), has announced a partnership with fuseproject for the design of their flagship device, Box. fuseproject is a multidisciplinary studio founded and led by Swiss entrepreneur and industrial designer Yves Béhar.

Functionland is attracting significant interest in Box and its BAS solution. A recent seed funding round was oversubscribed by 40%, and the company’s current crowdfunding campaign (Live on Indiegogo) reached its funding target within the first five minutes of its debut on 30 March.

Box is a turnkey, plug-and-play hardware device that enables secure, decentralized storage for its owner and provides incentives for sharing storage and compute resources with other owners.

Béhar is at the forefront of entrepreneurial venture design, having cofounded FORME Life, August and Canopy, and having partnered with numerous organizations including Herman Miller, Samsung, Puma, Prada, SodaStream and others.

Functionland will work closely with Béhar’s team at fuseproject, developing a unique and modular design for its product. “We want to bring a Box into every home. We want people to be proud to show it off to their guests, proud to put it on display,” said Keyvan Sadeghi (CEO, Functionland). “Yves was a natural choice: he has a proven track record of producing brilliant designs for the projects he chooses to collaborate on.”

“Functionland is disrupting the cloud storage paradigm with an innovative solution that brings the security of blockchain and the simplicity of SaaS into every household,” said Béhar. “It’s cooler than the cloud, and that is the emotion Box’s design should communicate. I’m looking forward to working closely with Functionland to create a memorable look for Box, one that people can fall deeper in love with as the product evolves and Functionland enriches it with new capabilities.”

“We’re excited to have Yves on board,” said Ehsan Shariati (CTO, Functionland). “We’re convinced that his creative talent and expertise with industrial design will make Box appealing not just for its apps and services, but as a distinctive, eye-catching element that stands out in any home.”