March 29, 2022
One of the most extreme applications of centralization is censorship without standards, transparency or the right to appeal. This becomes crippling for consumer data. There is no law or recourse for t 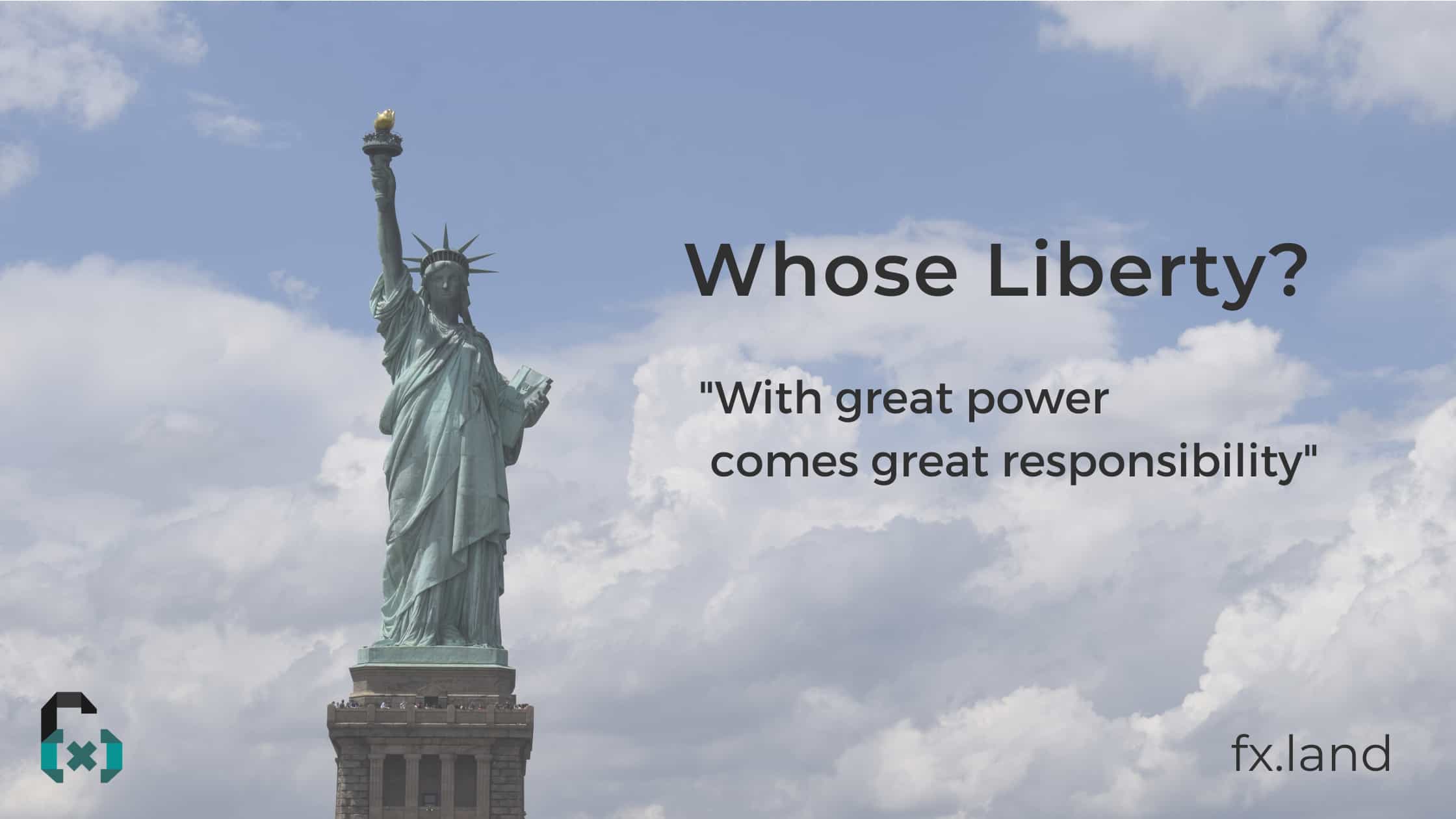 “With great power comes great responsibility”– alternatively Uncle Ben or Aunt May, depending on your favorite Spider-ManYou know this saying. Even if you haven’t seen Spider-Man, you’ve studied enough history to know its relevance. You’ve read of rulers wielding great power, of the consequences of using it irresponsibly. Responsible rulers were loved by their subjects. Irresponsible rulers go down in history books as tyrants.It boils down to the outcomes, objectives, incentives and what mattered most to these rulers. Rulers that desired peace, prosperity and the wellbeing of their subjects acted responsibly. Those that favored conquest, land grabs, power and domination were considered ruthless often irresponsible.Centralized power, even in a democracy, is subject to the same saying.In Web2, a few large corporations have come to dominate our everyday lives. We are the product and they utilize our every action to their own benefit, selling ads, fueling other services, making money out of our privacy.

Centralization = censure without standards or accountability.

Web2, financial regulation and centralized governance have armed a few large corporations and cloud vendors with great power over consumers and the average citizen. Whether it is government, banks or web2 companies, they can have a significant impact on our lives if they so choose; if there are incentives to doing so; or worse, if they go out of business or are attacked by bad actors trying to steal their data.

One of the most extreme applications of centralization is censorship without standards, transparency or the right to appeal. This becomes crippling for consumer data. Take for instance an Instagram influencer who has spent years building a reputation and credibility with millions of followers. If a social network decided to suspend his account, years of activity, reputation, context and history are lost without notice. There is no explanation. Consumers are locked out of their data, even though that data remains available to and is accessed by these companies for analytics, ads or other data mining. There is no law or recourse for the consumer. The company has no accountability to restore the service for this consumer.

Does that sound fair?

Power back to the people through Web3 and BAS.

The decentralized internet, aka Web3, aims to reverse this by giving the power back to the people. DeFI has removed bank middleman, letting lenders and borrowers to transact freely. DAOs give governance back to the people, who literally vote with their wallets and Web3 services. There’s even the brave new world of  dApps, applications that run on the blockchain.

All of these technologies are based on the concept of giving consumers full control over their data, making it impossible to cripple them through censorship.

Box is completely decentralized. There are no middlemen. Data is stored across a set of independent Box devices, removing the risk of loss of privacy or control over the data. Box takes the game away from big, centralized cloud companies and puts it back in your hands..

The device lets you mobilize your data without incurring the excessive egress charges typical to public clouds. Functionland’s $FULA token ensures that there are incentives for providers to guarantee the data storage and retention consumers have come to expect.

Box is the perfect solution for data storage, whether as files in a drive or images to be shared with friends. It provides truly decentralized data storage, harnessing the power of blockchain to give consumers complete control over their data. There are no risks of censorship or lockout. No middlemen holding our data hostage.

To learn more, visit fx.land and participate in the upcoming crowdfunding campaign.